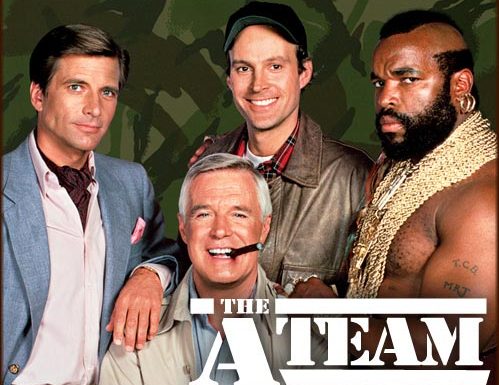 Maybe you’ve never noticed it before but the A Team bear a surprising resemblance to a team of advocates. There’s a good reason for this. If you remember, they started out in 1972 before advocacy as a movement had got going. They hung around for a long time, doing a lot of good work, touching people’s lives and inspiring thousands throughout the 1980s.

So it’s no coincidence that by the time they went off air in 1987 the advocacy movement had tentatively spread its wings and taken flight. It was on the move. Fair to say we owe a lot of our roots to Hannibal and the boys.

The A Team were sent to prison for a crime they didn’t commit. But they escaped.

They used self advocacy to break free. They empowered themselves. They believed in rights and social justice and weren’t afraid to claim it for themselves.

They survive as soldiers of fortune

They do what’s right and they don’t charge for it. Their moral compass is strong and their ethics beyond reproach. Sure their methods may be a little risqué or unconventional, but their results speak for themselves.

If you have a problem

They love problems and so does advocacy. For both it is their raison d’etre. Without problems neither the A Team nor advocacy are needed. Advocacy and the A Team are at their best when dealing with a tricky issue, especially those caused by systems that fail to treat people as individuals. We both love it when a plan comes together.

And if no one else can help

You’ve tried all the other options? So had the people who needed the A Team’s help. Advocacy is typically (though need not always be) what people turn to when all else fails. We know it should be promoted better but it’s still a little bit of a last resort (just like drugging BA Baracus to get him on a plane).

And if you can find ‘em

It’s getting easier but just like the A Team, advocates can still be rather hard to find. Unless you fit specific criteria you may not get one. Sure, this isn’t always the case and advocacy isn’t exactly the best at blowing its own trumpet, but you’ve still got to understand what it is, work out that you want it, and then find an advocate.

Maybe you can hire the A Team

You can. And they won’t charge you. And they’ll back off and leave you alone when the job’s done. Just like good advocates do.

Are you convinced now? All hail our advocacy forefathers.

Disclaimer: It should probably be noted that the A Team’s approach to helping get people out of (or in to) psychiatric units has been extensively overhauled and redeveloped by advocates. Rather than busting them out a la Murdock style, advocates use more gentle means…